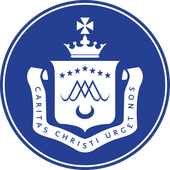 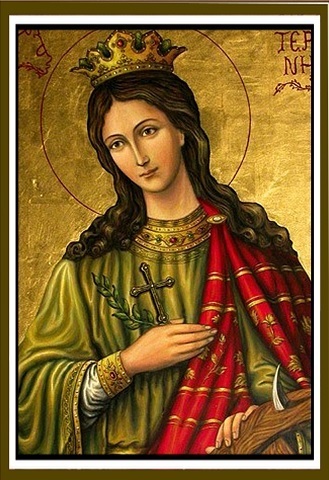 Catherine was a Christian maiden of Alexandria in Egypt. She rebuked the heathen emperor Maxentius for his idolatry, and he responded by offering to marry her if she would renounce her faith. She refused. Fifty philosophers were set to disprove her in a public debate. She easily won, and made them look foolish. The emperor then had them burned alive. The emperor went out of town, and when he returned, he discovered that Catherine had converted his queen and the 200 soldiers of the empress's bodyguard. He had the Empress and her soldiers put to death. Catherine was sentenced to be tortured on a spiked wheel, but the wheel flew apart and the fragments killed many of her accusers. After this, Catherine was beheaded, and from her veins; flowed not blood but milk. The feast day of St Catherine is November 25th.