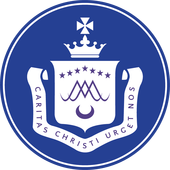 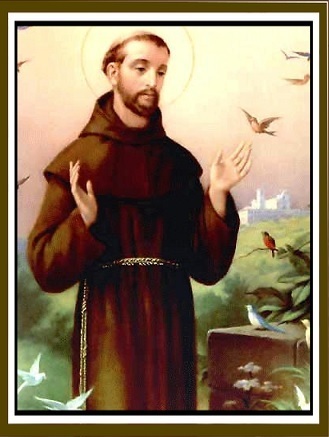 Francis was born in Assisi, Italy in 1182. He grew up leading a privileged life as the son of a wealthy cloth merchant. Francis began to see visions from God that changed his life. He heard God tell him to "repair my church, which is falling in ruins." So Francis gave all his money to the church. His father became very angry with him resulting in him leaving his father's home and taking a vow of poverty. As Francis lived his life of poverty and preached to people about the life of Jesus Christ, others began to follow him. He had one basic rule which was "To follow the teachings of our Lord Jesus Christ and to walk in his footsteps". Francis is best known for his love of nature and animals. It is said that one day he was talking to some birds when they began to sing together. They then flew into the sky and formed the sign of a cross. The Feast Day of St Francis is October 4th.